Mestia is a small village located in Svaneti, Georgia. About 2,500 people live in a place, surrounded by the mountains of the Caucasus. The best time to visit Svaneti is mid-May to mid-June and mid-September to mid-October. It is during this period that you can fully enjoy the beauties of the unique land. Book Mestia hotels in advance so your trip is comfortable and secure. On our website you will find a large selection of hotels, guest houses, which have everything you need.

What to do in Mestia

The main attractions in Mestia are the famous Svan towers. They were built in the XI-XII centuries to create protection from enemies. The original structure of these towers allowed to get inside only with the help of a ladder. It is noteworthy that the Svan towers are inscribed on the UNESCO World Heritage List.

Also in the village of Lagami, you can see the Transfiguration Church of the Savior, which was built in the 9th century and completed in the 13th century. Moreover, there are several mineral springs in Mestia.

In the city it is recommended to visit the Museum of History and Ethnography. More than 2 thousand exhibits are stored in it's walls, among which are various icons found during the work of archaeologists and much more.

The ski resort of Mestia offers trails for beginners and professionals. Tetnuldi and Hatsvali are the slopes equipped with ski lifts.

Mestia is a great place for horse riding. You can ask your hotel or guest house host to recommend locals with horses in Mestia. You can arrange 2-3 hours horse riding on the mountains around Mestia. One day and several days horse riding tours are also possible.

You can go trekking from Mestia to Chalaadi Glacier, exploring the valley of Mestiachala river and get pleasantly surprised by beautiful nature in the proximity of glacier.

Mazeri is the most famous village in Becho Community, Upper Svaneti. It is situated about 20 km from Mestia in an amazing valley of Dolra river, 1600 metres above sea, and surrounded by wide green meadows and snow-capped mountain peaks. Mazeri now is the base for several most beautiful Svaneti trekking routes.

Ushguli is a community of four villages located at the head of the Enguri gorge in Svaneti, Georgia. Recognized as the Upper Svaneti UNESCO World Heritage Site, Ushguli is one of the highest continuously inhabited settlements in Europe. Compared to somewhat more developed towns like Mestia, Ushguli has been "saved" by its particularly inaccessible location, which helped preserve the villages' timeless feel.

Mestia Tourist Information Center is located at Seti Square street 7.
There is an airport in Mestia, where you can get from Natakhtari (Tbilisi) airport or from Kutaisi airport.

Generally, it is cold in Mestia. Mestia has a significant amount of rainfall during the year. This is true even for the driest month. The temperature here averages 5.9 °C (about 42° Fahrenheit). About 1003 mm of precipitation falls annually. The least amount of rainfall occurs in January. The average in this month is 48 mm. With an average of 129 mm, the most precipitation falls in June. The temperatures are highest on average in August, at around 15.6 °C (about 60° Fahrenheit). January has the lowest average temperature of the year. It is -4.0 °C (about 25° Fahrenheit).

In Mestia there are several hotels and dozens of guest houses. On our website you can find accommodation, which starts from $8 per person.
Use the filter to quickly and easily find a suitable guest house for you. Book a room and enjoy the incredible beauty of nature, clean air and soak up the rich history of the region.

15 recommended hotels and guesthouses in Mestia: 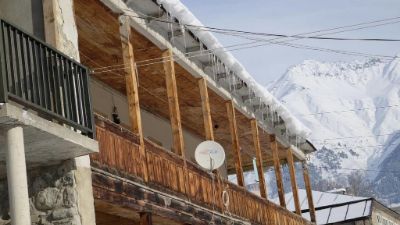 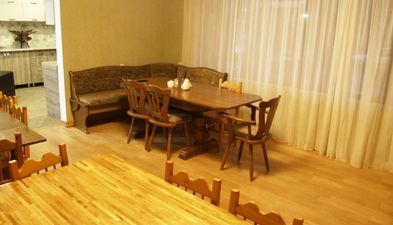 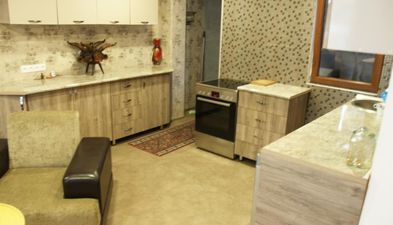 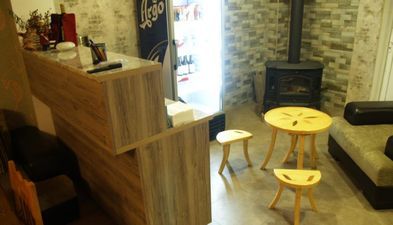 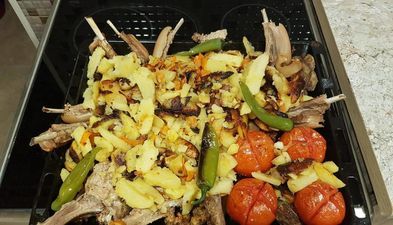 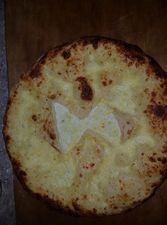 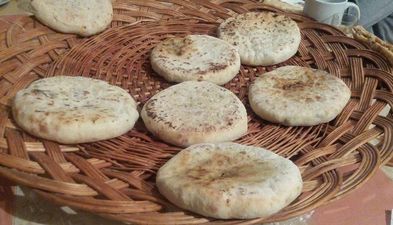 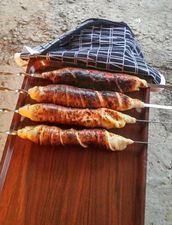